Growth of PACE as a Senior Care Solution

Growth of PACE as a Senior Care Solution

The Program of All-inclusive Care for the Elderly (PACE) centers on the belief that it is better for the well-being of seniors with chronic care needs, and their families, to be served in the community whenever possible. The first program opened in 1983 in San Francisco, California, followed by four demonstration programs in: East Boston, Massachusetts; Portland, Oregon; Columbia, South Carolina; and Milwaukee, Wisconsin. As of January 1, 2020, PACE programs have expanded to 131 programs located in 31 states.

PACE has grown tremendously by decade with the most significant growth taking place in the 2010s, as shown in the following chart. From 2010 to 2019, the number of programs nearly doubled from 68 to 131.

Current Programs by Decade of Opening 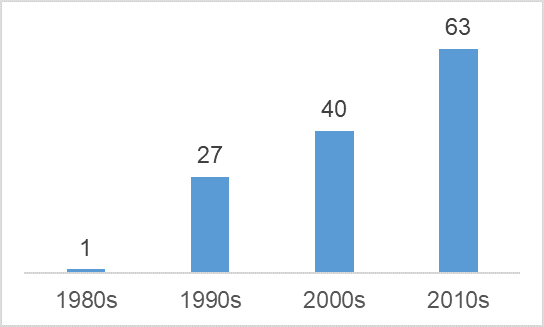 2019 brought seven new programs into the field, including four in California. Since 2015, the states with the most development have been Michigan with seven programs and California with five programs. 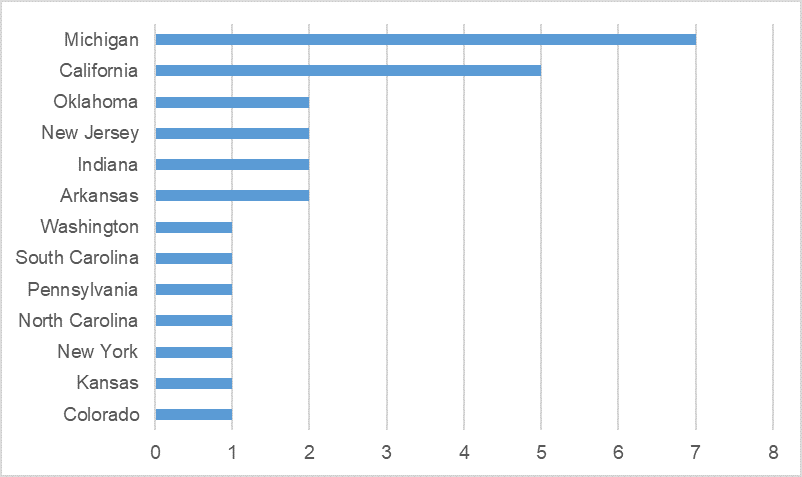 Growth of new programs is due to a variety of reasons, including recent changes in federal and state requirements.

Until recently, PACE providers had exclusivity to assigned service areas. The Centers for Medicare & Medicaid Services (CMS) no longer requires exclusivity and leaves that decision up to the individual states.

Although most states still require exclusivity to service areas, some states—such as California, Massachusetts, and New York—allow programs to compete in overlapping service areas, which has contributed to the increased number of programs.

Support at the state level is crucial in creating a new program. The most PACE growth over the past five years has been in California and Michigan, which have been supportive of PACE expansion. Other states, such as Pennsylvania and Virginia, have released requests for proposals seeking providers to develop PACE in certain areas.

For-profit providers are now eligible to become PACE sponsors. For many years, PACE providers were required to be nonprofit. With this requirement lifted, in states that allow for-profit status, the number of organizations interested in becoming a sponsor has increased.

There are an increasing number of Medicaid options for low-income seniors who require nursing facility level of care, but no program matches the flexibility and results of PACE. Sponsoring organizations include health systems, federally qualified health centers, community organizations, senior living communities, and health plans, as depicted in the figure below. 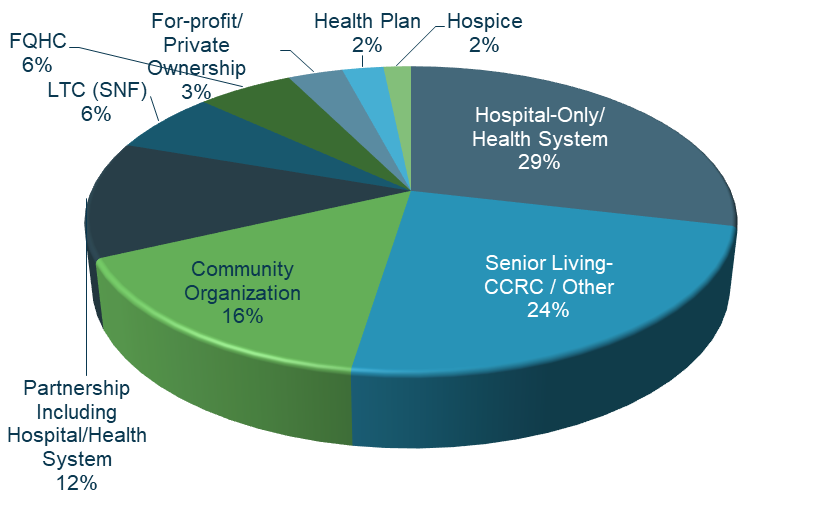 All of these providers have become PACE sponsors to better manage care of older adults with chronic health needs while maintaining seniors’ independence at home for as long as possible. The PACE expansion is not slowing down as there are currently many new providers in various stages of program start-up. 2020 is shaping up to be a big year for new programs, and this decade could see unprecedented growth.

As a National PACE Association Technical Assistance Center, Health Dimensions Group (HDG) has successfully assisted many organizations with PACE demand and financial analyses, start-up, implementation, and improvement. If you would like to learn more about how HDG can assist you in exploring PACE as a solution in today’s challenging health care environment, please call or email us at 763.537.5700 or info@hdgi1.com and visit our website.