Medicare Trust Fund Insolvency and Value-Based Payments: What Does It All Mean for Providers? 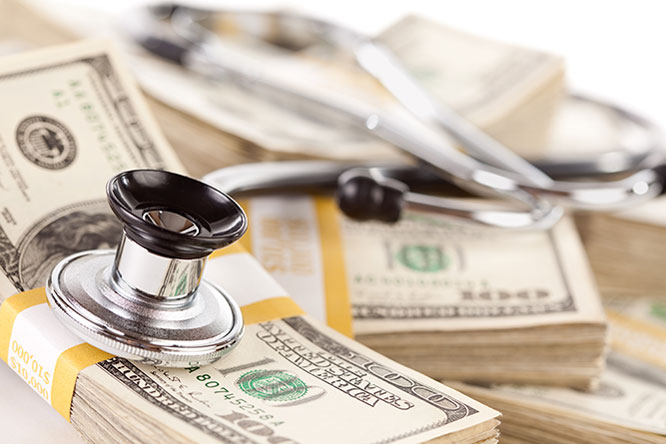 Medicare Trust Fund Insolvency and Value-Based Payments: What Does It All Mean for Providers?

For only the second time in 30 years, the Medicare Hospital Insurance (HI) trust fund is projected to be insolvent within five years. In previous times of near-insolvency, Congress and the executive branch have stepped in to shore up Medicare’s finances and push out the day of reckoning for many years. So far, that has not really occurred this time around, for a host of reasons, including the COVID-19 pandemic and election year politics.

As time goes on, the choices for policy makers become increasingly stark and the implications for providers ever more challenging. One thing everyone should plan on is increased focus on value-based payments seeking to improve quality and lower cost.

Although Medicare consists of four distinct parts (A through D), the insolvency issue primarily concerns Part A, which is financed primarily through payroll taxes levied on current workers and their employers. These taxes are credited to the HI trust fund. According to the Congressional Research Service (CRS), since the inception of Medicare in 1966, the HI trust fund has always faced a projected shortfall. The insolvency date has been postponed a number of times, primarily due to legislative changes that have had the effect of restraining growth in program spending.

According to the CRS summary of the 2020 Medicare Trustees Report, the HI trust fund will become insolvent in 2026 (under intermediate assumptions). This estimate does not yet factor in the effect of the pandemic due to the uncertainties involved. The CRS report goes on to explain, “the practical function of the HI trust fund is to permit the continued payment of bills in the event of a temporary financial strain (e.g., lower income or higher costs than expected) without requiring legislative action. As long as the HI trust fund has a balance (i.e., securities are credited to the fund), the Treasury Department is authorized to make payments for Medicare Part A services. If the HI trust fund is not able to pay all current expenses out of current income and accumulated trust fund assets, the HI trust fund is considered to be insolvent.”

We are approaching uncharted territory. There are no provisions in the Social Security Act that govern what would happen if insolvency actually occurred. Under current projections, funds would be sufficient to pay for only 90 percent of Part A expenses when the trust fund becomes insolvent in 2026.

Basically, Congress has three options—not mutually exclusive—to address the coming funding crisis: increase tax revenues, decrease expenditures, or provide for another source of funding to make up for these deficits. Since there is not a lot of stomach for increasing taxes or spending from other sources, it is reasonable to assume that the coming crisis will be addressed by controlling spending, which mainly means controlling provider spending, since cutting benefits is never very popular.

This is where value-based payment (VBP) comes into the picture. To the extent that payment models can be implemented that encourage providers and beneficiaries to create and utilize high-value services, they will be embraced with much vigor as the insolvency date looms.

So, where do we stand on VBP strategies by Medicare? The Medicare Payment Advisory Commission (MedPAC) recently issued a report on VBP models implemented by the Center for Medicare and Medicaid Innovation (CMMI) or through the Affordable Care Act (ACA), as in the case of Medicare Accountable Care Organizations (ACOs).

In 2021, the Centers for Medicare & Medicaid Services (CMS) expects to operate 12 alternative payment models (APMs) offering 25 distinct tracks for providers to choose from that involve different payment options and risk arrangements. CMMI’s APMs are temporary demonstrations that can be expanded into permanent programs only if they are found to reduce spending while preserving care quality or found to improve care quality without increasing spending. These programs are in addition to Medicare ACOs, the largest such VBP model.

In their review, MedPAC found the following:

MedPAC concluded by noting that continuing to test a large number of independent APMs is likely to inhibit the ability of APMs to reach their full potential and recommended that CMS now take a more holistic approach that involves implementing a smaller, more harmonized portfolio of APMs that are designed to work together. This would include harmonizing existing Medicare ACO policies with these other APMs.

In its June 2021 report, MedPAC also reviewed the value-based purchasing (VBP) program for skilled nursing facilities (SNFs) implemented in October 2018. By statute, the SNF VBP program uses a single measure (hospital readmissions) to gauge the quality of care. Each SNF’s performance on the measure determines whether it receives a reward, a penalty, or no change in payment, and the size of the payment adjustment. The VBP program is funded by a 2 percent reduction to Fee-for-Service (FFS) payments each year (not cumulative), and Medicare retains a portion of the amount withheld as savings.

Because of the shortcomings of the program, MedPAC recommends that the SNF VBP program be eliminated and replaced as soon as possible. MedPAC recommended that the program be replaced by a broader set of patient outcome measures, including patient experience with care (when available), and that all funds withheld be distributed back to providers in order to encourage greater behavior change.

The Future of the Home Health Value-Based Purchasing Model

In a recently issued proposed rule, CMS proposes to end the original Home Health Value-Based Purchasing (HHVBP) Model one year early for the home health agencies (HHAs) participating in the pilot demonstration in nine, randomly selected states and replace it with a similar program for all HHAs nationally.

The proposed payment model has the following highlights:

The most recent evaluation by CMS of the nine-state HHVBP pilot program from 2016 to 2018 showed an average 4.6 percent improvement in the quality scores of HHAs, as well as average annual savings of $141 million to Medicare. The evaluation findings, along with the CMS chief actuary’s certification and determinations made by the secretary of the U.S. Department of Health and Human Services (HHS), designated the HHVBP Model as eligible for expansion nationwide through rulemaking. This rule could be adopted as early as November 2021 and implemented on January 1, 2022.

Health Dimensions Group (HDG) believes that the pending insolvency of the Medicare trust fund will mean that there will be sharply increased focus on creating value and reducing spending in the Medicare program as we come out of the pandemic. Every provider’s strategic planning efforts should be incorporating assumptions about increased pressure on Medicare payments and identifying ways for providers to add value.

Strategies to be considered include increased partnerships between post-acute care and referring health systems, execution of value-based payment arrangements with ACOs and managed care plans, full implementation of telemedicine, and close attention to quality and utilization metrics.

As a national leader in health care management and consulting services, HDG is uniquely positioned to help you and your organization plan for the future. For more information, please contact us at info@hdgi1.com or 763.537.5700.