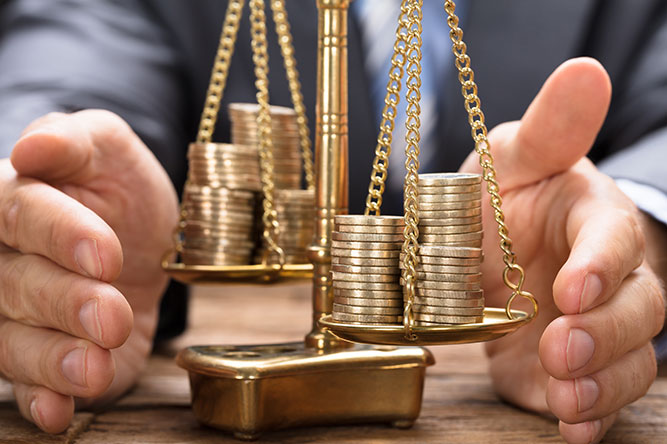 The Centers for Medicare & Medicaid Services (CMS) published a proposed rule for Medicare payments to skilled nursing facilities (SNFs) for FY 2022 early this year. Along with the usual topics mentioned every year, the proposed rule packed a punch with a proposed 5 percent downward adjustment to payment rates to maintain budget neutrality. The only good news is that CMS is proposing to apply this adjustment prospectively once finalized. The potential impact of this “recalibration of the parity adjustment,” as well as the reasons behind it, have important implications for skilled nursing providers.

When CMS implemented the Patient-Driven Payment Model (PDPM) on October 1, 2019, the agency made it clear the new system was intended to be budget neutral. The federal government essentially defined budget neutrality as what Medicare would otherwise have paid if the previous payment system, Resource Utilization Groups – Version 4 (RUG-IV), had still been in place.

This definition of budget neutrality poses several challenges for CMS, which it readily acknowledges:

So, CMS created a database that factored those two issues out. Then they proceeded to compare PDPM to the previous payment system, RUG-IV. The basic challenge here is that these are two very different payment systems with different incentives. RUG-IV directly tied revenues to the provision of therapy, thus creating a financial incentive to provide therapy. PDPM undid that linkage—therein lies one of the rubs.

The data CMS provided on how therapy changed was both striking and not terribly surprising. Prior to PDPM, the average minutes of therapy was 91 minutes per day. As shown in Figure 1, it went to 62 minutes a day under PDPM—a 30 percent drop that CMS described as “immediate and ubiquitous.” CMS also shared some changes in group and concurrent therapy, going from 1 percent of stays for each pre-PDPM to 29 and 32 percent respectively until the pandemic hit, whereupon they settled at 4 and 8 percent, respectively (see Figures 2–4). Interestingly, CMS cites several quality metrics that indicate to the agency that patient outcomes did not suffer despite the large drop in therapy minutes. 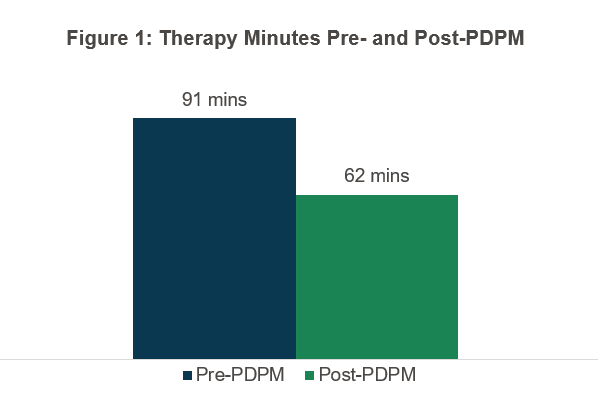 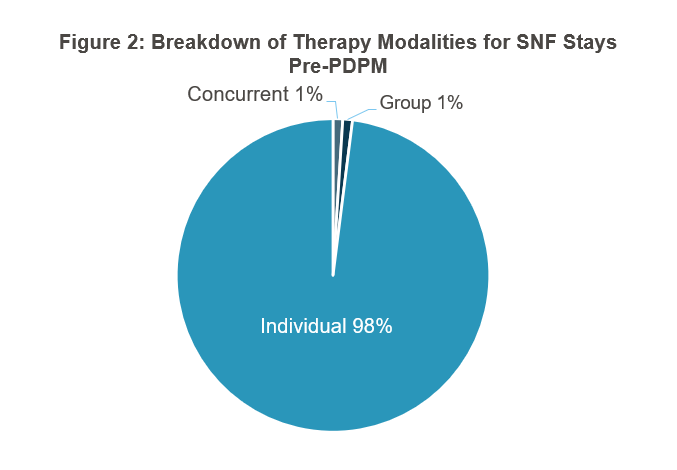 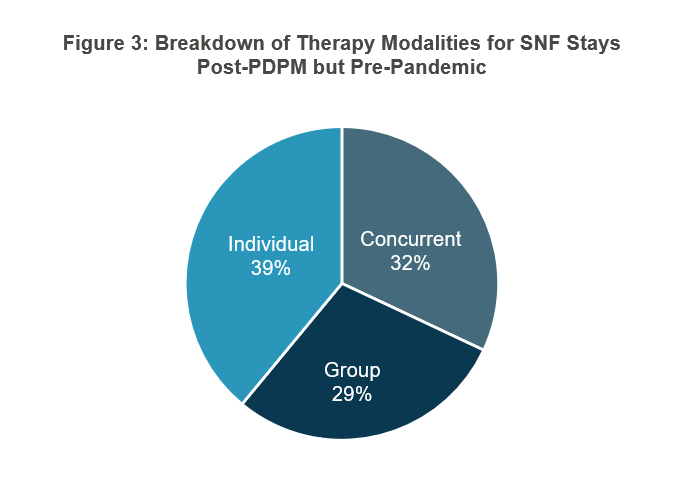 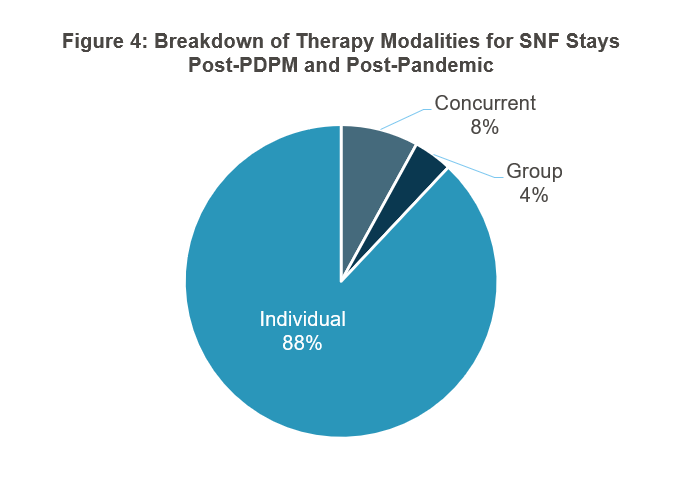 These changes in therapy mean that if PDPM payments were to be compared to what payments would have been under RUG-IV, a serious payment cut would have been necessary to keep payments budget neutral. Recognizing this, CMS then proposed to calculate the RUG-IV payments for comparison purposes based on the immediate prior year’s RUG distribution and then compare it to PDPM, after adjusting for payment updates.

In doing the PDPM part of that calculation, CMS provides a chart that should be of interest to all SNF providers. The chart shows case mix indices by PDPM component for what was originally projected under PDPM compared to what actually happened in 2020.

Health Dimensions Group (HDG) is not surprised at these figures, as we have been benchmarking SNFs over the last year. Of note is the 21 percent increase in Speech Language Pathology case mix index, as well as the 13 percent increase in Nursing and 6 percent increase in Non-Therapy Ancillary case mix indices. The policy questions raised by this table are whether the increases in case mix indices resulted from changes in facility practices in response to PDPM or were simply the result of more attention to coding (or both). This has been an age-old question in new case mix systems and surely will be a topic for comments to CMS.

There are four main implications for SNFs:

Health Dimensions Group is ready to assist providers in responding to PDPM to thrive in a post-pandemic world. Our consulting experience is informed by our real-world work as operators. Please contact us at 763.537.5700 or info@hdgi1.com and visit our website to learn more about how we can help you prepare for a brighter future.

Thank you for your interest in our paper,
“2023 Top Trends in Aging Services.”